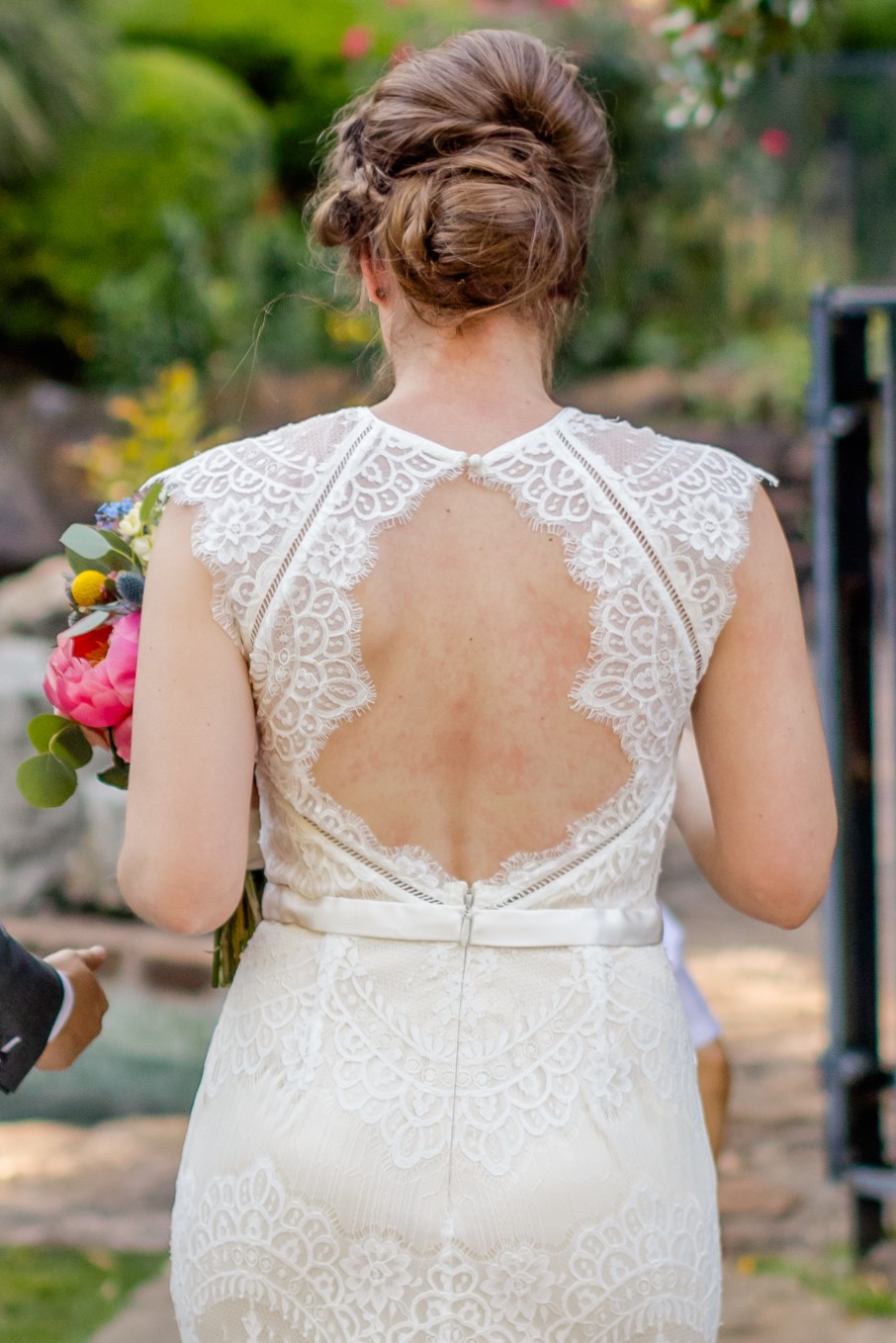 Imagine you’re meeting someone for the first time. It’s casual. You both exchange hellos. They ask a simple question, “What do you like to do for fun?” Alarm bells ring. You’re frantically trying to think of intelligent answers or any answer to the simple question. Your brain is paralyzed. The question is a threat. Your body responds like the other person is a lion. You’re the weak zebra. Your body’s physical reaction is irrepressible. Your sympathetic nervous system, director of involuntary processes such as breathing and heart rate, kicks in gear. You tell yourself to calm down. You’re distracted, which means you have been ignoring the silence while the other person waits for any answer. You stutter, “You first” to take the attention off you. You struggle to listen to what the other person says and gather your own thoughts.

You’re hyper aware of the physical changes from a few moments ago. As your heart rate soars, your breathing slows almost to a stop. You feel like you can’t catch your breath. If you’re like me, red blotchy patches creep up your chest. Your whole face flushes a deep red. You wonder if the other person feels the heat emanating from your face and chest. Sweat seeps out of your pores at an alarming rate. You wonder what’s more awkward, wiping the sweat away at the top of your forehead with your clammy fingers or letting it bead together to fall down your face and neck. You finally put together a coherent sentence only to stutter in the middle and eventually choke at the end because your saliva feels like a thick gel. You realize you haven’t taken a breath. Your breaths are shallow. You take a few quick breaths to recover. It only makes the panic worse. You try to take slow, deep breaths but not make an obvious noise as you inhale a large amount of air through your nose. Your answers have been monosyllabic grunts or phrases that come so naturally to you, they’re practically involuntary. “Perfect.” “Good.” “Excellent.” “Wonderful.” “Oh, wow.” “Uh huh.” “Yes.” “Sure.” “Huh.” “Oooh.” You still haven’t answered. When you do come up with an answer, you feel the need to justify the long pause. You  can’t  stop   talking. Your stories often leave people asking, “Then what?” or “Okay, and…” because you’re desperately grabbing for any thought out of your hat like an out-of-control magician. Will it be a rabbit, dove, ace or joker?

What if your body reacted this way every time you try to have a conversation with someone new? How would you feel?

Shitty. I felt shitty for a long time. I still do when I feel like I’ve lost control of my body’s physical reaction. When nerves live only in your mind, hiding them is easier. Hiding their effects on my body are near impossible. However, it makes for awkward moments that become hilarious stories.

Take a breath. Sit back. Take a load off. I’ll tell you about the amusing ways my body has betrayed me.

If there’s one thing I’m familiar with, it’s sensitive assholes. My aunts and uncles will tell stories about my diaper rash as if they are legends. It covered my whole rear end when I was wee one. Any talk about babies, and this gem is sure to come up. Apparently, it’s not only my chest that turned bright red.

In 6th grade, I was dating a boy in our class of 15 or so at our small Christian private school. We were going on a field trip. His mom was one of the chaperones, so we both piled in her van. Our friends made sure we sat in the backseat together. I was very nervous, not only about sitting by him but also about sitting in the back because I have tendency to get car sick. He held my hand. My hand was sweating so much that I had to release my grip every couple of minutes to wipe it on my uniform skirt. I stared out the window trying desperately to remain calm. All of the sudden, as we were riding along, the nervous feeling concentrated in my throat. I attempted to swallow. Most of my saliva made it down but a bit felt like it was trapped. I’ve learned now this feeling is called a globus sensation. I didn’t want to cough to alert everyone. As I fought to hold back the cough, my face became more red. My eyes bugged out and tears lined the edges. I finally coughed. I couldn’t stop coughing. Everyone around attempted to help. His mom turned the top half of her body to make sure she didn’t need to stop. They offered a sip of water. I thought, “Please, that would be a death sentence,” because I feared it would create a further traffic jam. I kept coughing until tears streamed down my face. I felt like it was never going to stop. Just when I thought I might gag to death on my spit, I coughed with all my might. Finally, the sensation subsided but the feeling of embarrassment stayed.

I played soccer my sophomore through senior years in high school. When this happened, I was a sophomore. In summer, fall, or sometimes spring in Texas, it was boiling or downpouring. On these days, we would hold soccer practice in our gymnasium. When we finished soccer practice in the gym, the boys’ basketball team walked in. If sweating was an Olympic sport, I would win gold. My hair was drenched. I stopped for a drink of water from the fountain in the hall when a senior basketball player approached and, before I knew it, rested his hand on top of my head and playfully shook my head from side to side. My eyes grew wide in horror. My teeth clenched. I smiled as much as I could muster. “Did you shower already?” he asked as he removed his now soaked hand. As I stood in my clothes from soccer practice, complete with socks, shin guards, and indoor cleats, I looked him dead in the eyes and lied, “Uh, yeah.” He didn’t bat an eye, rubbed his hand on his pants, and went on his way. I, thankful for a lack of witnesses, hurried into the showers and didn’t leave until long after basketball practice started, and he couldn’t see me in my change of clothes.

Fast forward to a little over a decade ago. I started my first job out of college in New York, far away from my home state of Texas. I was meeting my new coworkers in a huge open office floor plan. With each new person I met, more blood flushed to my face and neck. Well-meaning future coworkers asked if I was having an allergic reaction. Yes, an allergy to meeting people. I said, “No, it happens when I’m nervous.” They said, “Woah, it’s alright. Calm down! We’re not going to hurt you.” This only made it worse because then I felt their concern and pity. I knew my fear and panic were on full display, which only increased my anxiety. Eventually I met everyone and calmed down quietly at my desk, but I hadn’t hoped for that first impression.

A year or so later at the same office, we were taking part in a professional development day. The person leading it paired us off for an exercise. I was paired up with a kind coworker in our Creative department. We were each supposed to ask our partner a question. Spoiler alert! I’m remembering to the best of my ability because I lost most of my memory to the trauma of being asked a question and not being prepared. Back to the story. I’m supposed to say something about myself or answer a question asked by my coworker. Well, I blank. I can’t do it. I feel like all eyes are on me, even though we’re paired in groups of two. My face and neck turned red. Then, I start tearing up. One or two tears fall down my cheeks. My coworker, being a saint, notices and pulls me aside. He talks me down, while the person hosting the event is beside themselves. They both try to cheer me up but also have a vague idea about why I’m upset. Join the club, friends. I don’t know why I’m so upset either, but my body fears the end is nigh.

My final story for the day takes place on September 24, 2011. The day Lauren, my sister, married Brian, my brother-in-law. I was one month shy of being 25 for those counting. After the wedding in the church, they held an indoor/outdoor reception. The temperature that day was a brisk 98 degrees Fahrenheit (37 degrees Celsius for my Canadian friends and/or most everywhere else in the world). I was dressed in a blue polyester strapless dress. I imagine I started sweating at 8 a.m. when we were getting our hair and makeup done and didn’t stop. I can’t verify but it sounds like an acceptable level of perspiration for the temperature outside. It is customary at weddings for the maid of honor to make a speech. Some background, most of my family weddings easily exceed 400 or 500 people. Lauren’s capped around 300. So, I stood with the best man. I trembled as they handed me the mic. You could hear the paper in my hands rustling back and forth as my hands shook. My voice went high and low, to a whisper and then a shout as I tried to regulate my nervousness. But I did it. So, I celebrated. I danced nonstop for a couple hours. Large beads of sweat fell from the ends of my hair. Somehow, parts of my hair were still “dry”, mostly because they were saturated with hair spray. As I helped Lauren with her dress on bathroom breaks, she would rub my waterproof mascara and redo my hair as best she could. Luckily, the deep blue of the dress hid the sweat stains. Lauren and Brian hired a live band for the reception. When the band went on breaks, Lauren and Brian had prepared an iPod with music. When the festivities ended, one of my other duties was to get the iPod that was hooked up to the band’s speakers. I approached the stage and asked the lead band member for the iPod. He took one look at me and said, “You’re sweaty.” Nothing else. I said, “Yep”, thus ending our exchange. I took the iPod and laughed as I told the story to my family. Personal growth, y’all.

At my own wedding, I purposefully chose a dress that covered my neck to hide the inevitable red blotches that would come from having 250 eyes on us. The lace dress did have a keyhole back. Well, the day after my wedding, we were regaling stories with my family. I said how glad I was to have the tall neckline. My sister, who had been standing behind me, broke it to me that the blotches also happen on my back. You learn something new every day. No sense in trying to hide it anymore.