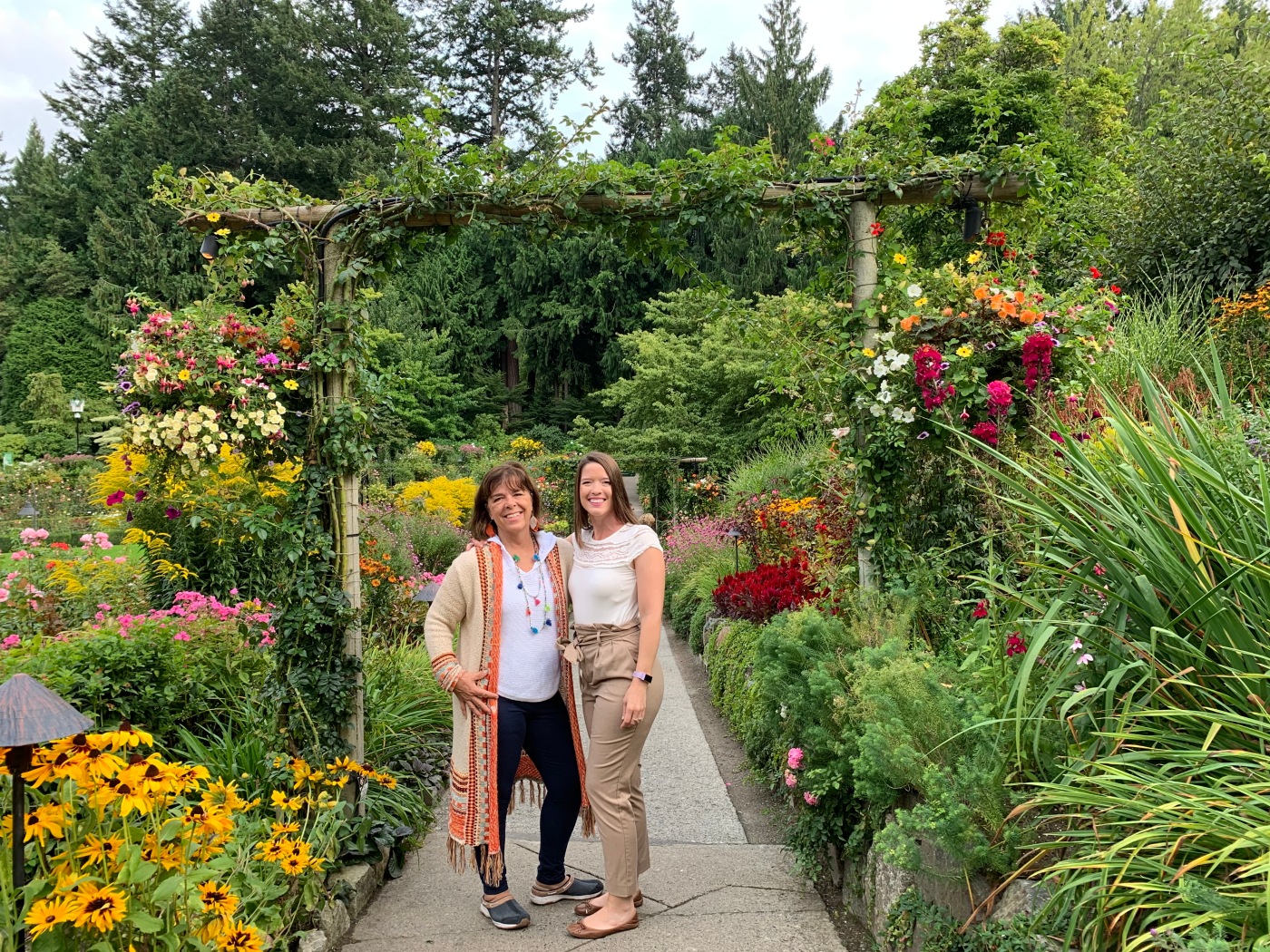 If cleanliness is godliness, call me Lucifer. My mom would clean the house every few hours when I was a kid. You will think I’m joking if you don’t know my unbelievable real-life-energizer-bunny mom. I made quarter-hearted attempts to help but mostly tried to stay out of the way or shout as she vacuumed in front of the TV when I was watching. It was like having a cleaning fairy, except she was overworked and underappreciated because she was a real person who was also busy working as a nurse, being a mom, and trying to have an identity out of the house. (Thanks, mom. I love you!)

I had a junk drawer, aka my treasure chest, in my bedroom in Dallas, Texas to save bouncy balls, stickers, notes from middle school and high school, my CD case, mixed tapes, and movie ticket & concert ticket stubs with all the ink worn off. I kept them but didn’t take the time to take care of them. I would keep movie stubs and concert tickets because I didn’t think I would remember I went without some sort of record. I hoarded receipts for months, hoping one day I would maximize my itemized deductions in my taxes. I may need to return a mango to the supermarket. All my MetroCards from the New York City subway would make a lovely framed art piece. Someday. When I had the time. I finally threw out most of those last year. My junk storage is down to one measly cardboard shoebox in Canada and one under-bed clear plastic storage box in Texas.

I felt bad if I threw away the objects. I felt as if I was betraying their memory, scared the next person wouldn’t love them as much as I did. Maybe they thought I never cared about them since I was giving them away or throwing them away. Marie Kondo would be horrified at the guilt that makes me latch on to my possessions. If I didn’t use them, I would hold on and hold out hope that I would start. They may not bring me joy anymore but tossing them out would bring me sorrow. When my wife Deaven and I moved from our apartment in Austin to Canada, her and my mom would work fast, tossing out things before I noticed they were gone. I have some self-awareness, so I would set piles of boxes by the door to go “to the farm.” They would indulge my batshit crazy theory while they happily said sayonara to all the random knick-knacks. I don’t think objects are sentient beings (for the most part). I was raised Lutheran. If you’re not familiar, it’s the rebel son of Catholicism. Catholic guilt comes naturally, even with non-living things. Did I wear you enough? Did you know how much I appreciated you?

Deaven feels guilty when she throws away food. I fully acknowledge that this is an admirable trait, and it stems from not wanting to waste food. I excel at tossing food mostly because I used to be awful at eating leftovers. I, too, felt bad. My way of coping was to leave the leftovers in the fridge until they filled with mold. I wouldn’t feel as guilty for putting them in the trash. I clear out the fridge; she takes care of my old clothes, shoes, and receipts, after I’ve said goodbye, of course. Welcome to our marriage.

I first showed off my lack of cleaning abilities in my space in middle school and junior high: my cubby/locker. Here’s a fun, awkward fact: In junior high, I was voted to be the most likely to have rotten food in their locker. I cried (shocker) when my teachers playfully announced our titles in front of the whole class at an assembly before graduation. Truth hurts. They were not wrong. Quite often, when I emptied my locker, I would find remains covered in a green, white or black mold so thick that I was unable to identify it. R.I.P. Sometimes, the teachers would find it during locker searches. I felt bad, embarrassed, disgusted, but I also had bigger things to worry about like whether my family and I were going to be nuked, or murdered, or being an asshole pre-teen/teenager.

When forced to purge my locker, the mess made its way to my other personal space, my backpack. I’ve spoken before of my middle school boyfriend. Well, after a few weeks, things ended between us after a short phone call on a landline when he said he wanted to break up. Fair enough, I say now. Then, it was tears and heartbreak. Months after the break-up, I was cleaning out my filthy backpack. From the bottom of my backpack, I pulled out a wrinkled paper that had been repeatedly pushed down by books and plastic binders. It now resembled an accordion. I unfurled it and stared at the unfamiliar handwriting. The page was an exercise from our Spanish book about a cultural activity: kissing on the cheeks. At an unspecified time when we were together, my then-boyfriend had written on the piece of paper asking if we wanted to try the cultural activity *wink wink* and then he sneakily stuck the paper in my backpack. He assumed I would find it in a reasonable amount of time. Clearly, in our weeks together, he didn’t get to know my messy side. Naturally, the guilt came. He thought I had blown him off. I also had felt relief because I didn’t want to kiss him.

Imagine my shock and horror when I moved out of my childhood home, and I had to cook and clean after myself. Ever the perfectionist in other pursuits, I felt disappointed when I couldn’t make everything sparkle in one go and less than 5 hours. I became best friends with mediocrity. I would clean every few months or if my parents were coming in town. It would be a lie to say I cleaned when I had friends over. They had to be cool with the cesspool. I tidied up when I could no longer walk without breaking things or when I lost things daily. I only felt overwhelmed with anxiety when my roommates complained or when I couldn’t find something in the black hole of my room.

Living with other people in the dorms and off-campus in college helped, but I still hated doing the dishes. My sensitive cuticles would bleed, and I lacked motivation. I also didn’t care about my room since I was the only one seeing it 95% of the time. I would do my laundry, and then the clean laundry would live in my papasan chair. I would move it to my bed and use it as a body pillow when I slept. Soon, I had no idea if the stack of clothes could still be considered clean because dirty clothing had mingled with it. Is there really such a thing as safe stacks? I volunteered to clean the bathroom because I could see the progress of Windex on the mirror and bleach on the soap-scummed walls.

This story still causes my face to turn red with embarrassment and shame when I tell it, so here goes nothing. After college, I took an internship in New York. I lived in my aunt and uncle’s house. One evening when I returned home from work, I found a note sitting on top of the toilet seat lid. My aunt had written the note to remind me to flush so the housekeeper didn’t have to do it for me. Awkward? Very. In my defense, (I know there’s not really a defense, but, humor me) my friend Anxiety likes to party at night and therefore would wake me up at hourly intervals. Anxiety had me convinced I must pee, and the dribble that followed was as aggravating as being woken up by the false urging. If I flushed every time I went, the whole house would be on my terrible schedule, especially if they slept as light as I did. I would wake up in the morning, groggy from the lack of sleep and thinking 5, 10, 15 more minutes of lying in bed would be helpful, and I would rush out the door without flushing. Rude, I know. Disgusting, yes. Funny that, out of everything I’ve told you, that story is one of the most embarrassing for me still today? Yes. After the handwritten reminder, I became much more vigilant in the morning. Deaven, who reads all my stories and must pretend I’m funny all the time, laughed and said she always secretly wondered why I didn’t flush in the middle of the night. I do in the morning now. I promise!

This one also makes me wince now, but it made me laugh at the time to avoid thinking about what an inconsiderate fool I was being. When I lived with two male roommates in New York, I would often leave dishes piled in the sink. My roommate once left a note for me to clean the dishes, threatening that if I didn’t, he would put them in my bed. At the time, I took a picture of his note, laughed it off, and couldn’t believe the nerve of this guy. It’s only a few dishes. Now, I don’t blame him. I’m genuinely sorry I made him suffer. I hope he reads this and knows how bad I feel for stressing him out. Lo and behold, some ten years later and I’m a changed person. Now, I’m an avid dishwasher. We don’t have a dishwasher downstairs where we live now, so I’m a dishwashing fool! I have a designated pair of blue and white rubber gloves to prevent my fragile hands from looking like prunes.

Ah, memories. Deaven will attest to the fact that I’m a cleaning machine now and only a pack rat in camouflaged places. But, don’t let me see you throwing away my things. Seriously.